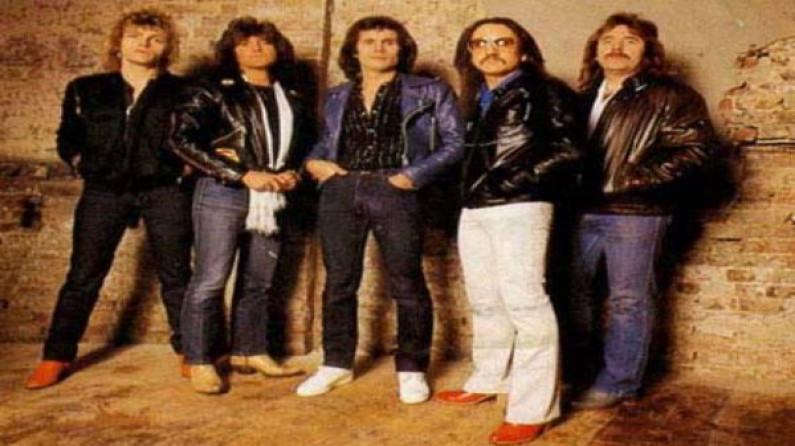 Uriah Heep are an English rock band formed in London in 1969. Twelve of the band’s albums have made it to the UK Albums Chart (Return to Fantasy reached No. 7 in 1975) while of the fifteen Billboard 200 Uriah Heep albums Demons and Wizards was the most successful (#23, 1972).

In the late 1970s the band had massive success in Germany, where the “Lady in Black” single was a big hit. Along with Led Zeppelin, Black Sabbath and Deep Purple, Uriah Heep had become one of the top rock bands in the early 1970s.

Uriah Heep’s audience declined by the 1980s, to the point where they became essentially a cult band in the United Kingdom and United States. The band maintains a significant following and performs at arena-sized venues in the Balkans, Germany, Japan, the Netherlands, Russia and Scandinavia. They have sold over 40 million albums worldwide with over 4 million sales in the U.S.

The band’s origins go back to 1967 when 19-year-old guitarist Mick Box formed a Brentwood band called The Stalkers, which began playing in local clubs and pubs. When the band’s singer left, drummer Roger Penlington suggested his cousin David Garrick (who knew the band) as a replacement.

Box and Garrick instantly formed a songwriting partnership and, having higher musical aspirations than their colleagues, decided to give up their day jobs and go professional.

They set up a new band called Spice; it was then that David Garrick changed his second name to Byron. Drummer Alex Napier (born 1947 in Glasgow, Strathclyde, Scotland) joined, having answered a music paper ad and bassist Paul Newton of The Gods completed the line-up.