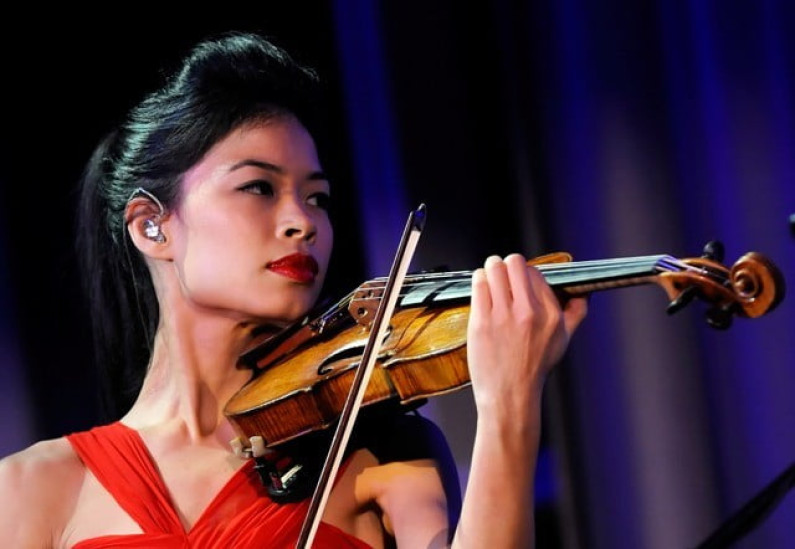 She made her international professional debut at age ten in 1988 at the Schleswig-Holstein Musik Festival in Germany, and the same year made her concerto debut on stage with the Philharmonia Orchestra in London. At age thirteen, she became the youngest soloist to record both the Beethoven and Tchaikovsky violin concertos, according to Guinness World Records.

After entering her teens, Vanessa-Mae broke away from her traditional classical influences and became known for her more distinct appearance, appearing in music videos in more stylised outfits.

Her first pop-style album, The Violin Player, was released in 1995. She appeared on the 1997 Janet Jackson album The Velvet Rope playing a violin solo on the song “Velvet Rope”.

On 7 March 2002 Vanessa-Mae performed a variation of Antonio Vivaldi: The Four Seasons – “Summer: III. Presto” during the opening ceremonies of the 2002 Winter Paralympics.