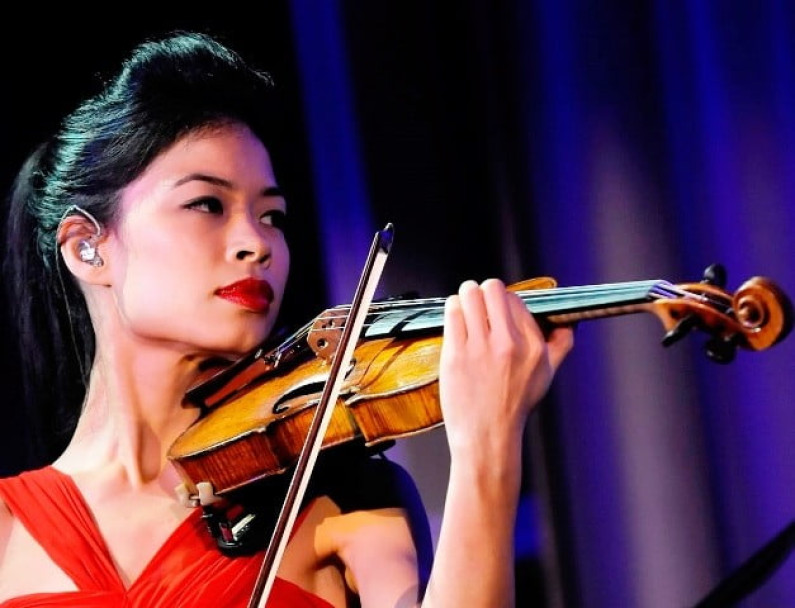 After entering her teens, Vanessa-Mae broke away from her traditional classical influences and became known for her more distinct appearance, appearing in music videos in more stylised outfits. Her first pop-style album, The Violin Player, was released in 1995. She appeared on the 1997 Janet Jackson album The Velvet Rope playing a violin solo on the song “Velvet Rope”.