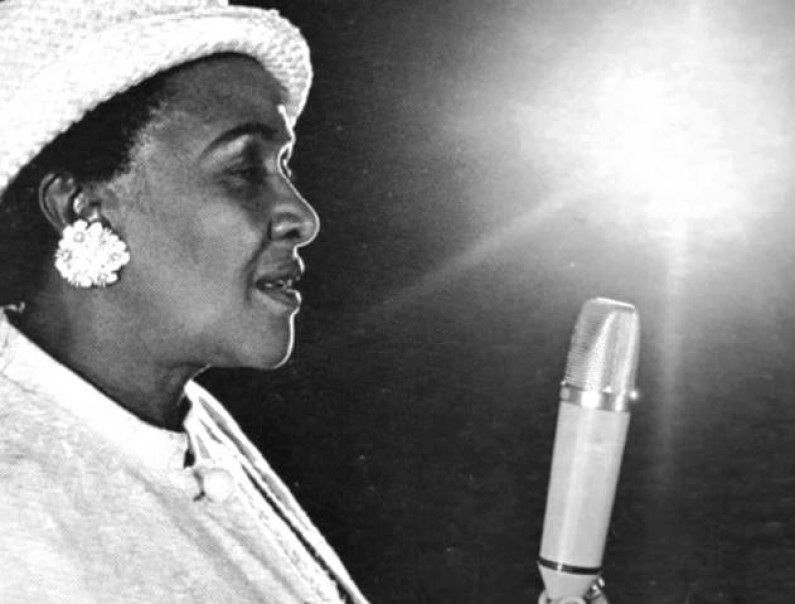 Victoria Spivey (October 15, 1906 – October 3, 1976) was an American blues singer and songwriter. During a recording career that spanned forty years, from 1926 to the mid-1960s, she worked with Louis Armstrong, King Oliver, Clarence Williams, Luis Russell, Lonnie Johnson, and Bob Dylan.

She also performed in vaudeville and clubs, sometimes with her sister, Addie “Sweet Pease” Spivey. Among her compositions are “Black Snake Blues”, “Dope Head Blues” and “Organ Grinder Blues”. In 1962 she initiated her own recording label, Spivey Records.

She was born Victoria Regina Spivey in Houston, Texas, United States, the daughter of Grant and Addie (Smith) Spivey. Her father was a part-time musician and a flagman for the railroad; her mother was a nurse.

Spivey’s first professional experience was in a family string band led by her father in Houston. After Grant Spivey died, the seven-year-old Victoria played on her own at local parties and, in 1918, was hired to accompany films at the Lincoln Theater in Dallas.

As a teenager, she worked in local bars, nightclubs, and buffet flats, mostly alone, but occasionally with singer-guitarists such as Blind Lemon Jefferson.

In 1926, she moved to St. Louis, Missouri, where she was signed by Okeh Records. Her first recording, “Black Snake Blues”, did well, and her association with the record label continued.