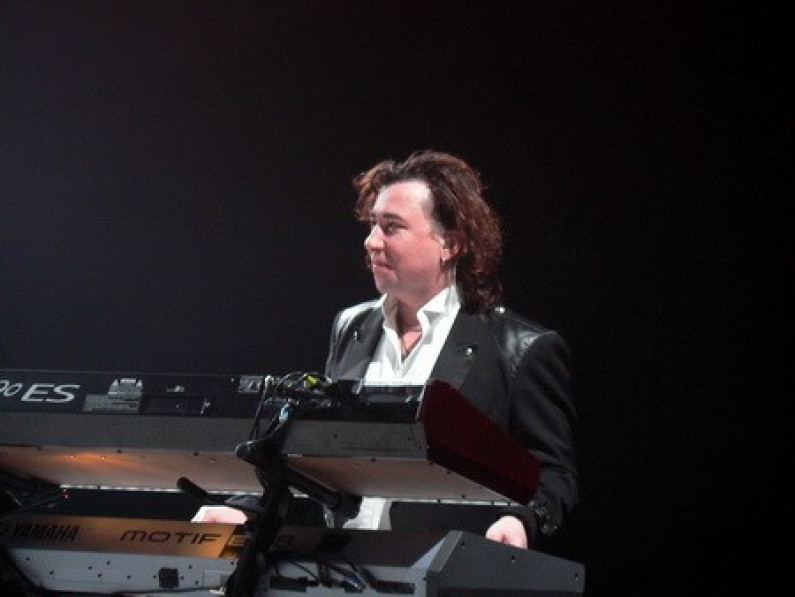 Vitalij Kuprij (Ukrainian: Віталій Купрій; born 4. 07. 1974) is a Ukrainian-American pianist, composer, music teacher, and keyboardist for Ring of Fire and Trans-Siberian Orchestra. He resides in Reading, Pennsylvania when he is not touring.

Vitalij began piano studies at Kiev’s Mykola Lysenko Music Academy where he studied with Professor Nina Najditsch. After graduation, he went to Switzerland to study with Vienna’s Rudolf Buchbinder at the Basel Conservatory.

In 1995, Mr Kuprij was sent to the United States upon recommendation by Sir James Galway to study with pianist Gary Graffman, President and Director of Curtis Institute of Music in Philadelphia. From Curtis, while on full scholarship, he obtained another degree and graduated in 2000.

Galway chose him as his accompanist for the International Flute Seminar Master Classes held in Switzerland and for work on an international tour. Galway and Vitalij were on National Public Radio in the United States when Galway played a world-premier of one of his original compositions written for piano and flute.

Soon thereafter, Vitalij was featured on WRTI for an hour broadcast from Philadelphia titled “Crossover with Jill Pasternak”.