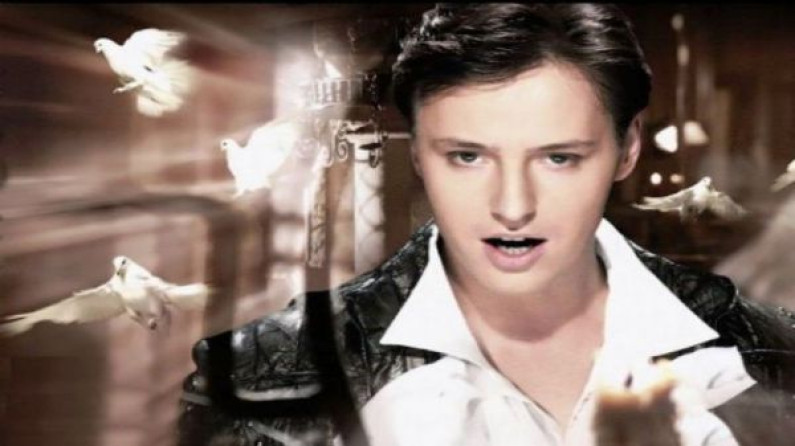 Vitas is the stage name of Vitaliy Vladasovich Grachov , a Ukrainian singer, singing mainly in Russian language, and songwriter.

Known for his high falsetto voice and a vocal range of 5 octaves, he has been given the nickname “Prince of the Dolphin Voice” in China.

His music is often difficult to categorize, incorporating elements of techno, dance, classical, jazz, and folk music. His 2000 song, “Opera No. 2” (“Opera #2”; released as a single in 2001) has been forwarded frequently via the Internet, which accounts for much of his worldwide recognition.

He designs his own stage costumes. DIVA is the name of the band that accompanies Vitas during his concerts.

Vitas has achieved much notability through Russian television, and since 2005 his career has advanced into Asian markets.

He has signed with entertainment labels such as Universal which distributes his music in Taiwan, and he has toured extensively in China and several other countries.

He has performed duets with many other singers including Demis Roussos, Lucio Dalla, and Vitas’ grandfather Arkadiy Davydovich Marantsman , with whom he sings “Friendship”.

Born Vitaliy Vladasovich Grachyov on 19 February 1979 in Odessa, Ukraine,Vitas was raised in his hometown Odessa and is of Russian descent. He showed an interest in music from an early age. The young Vitaliy’s grandfather taught him to play accordion, and he began writing songs as a child.