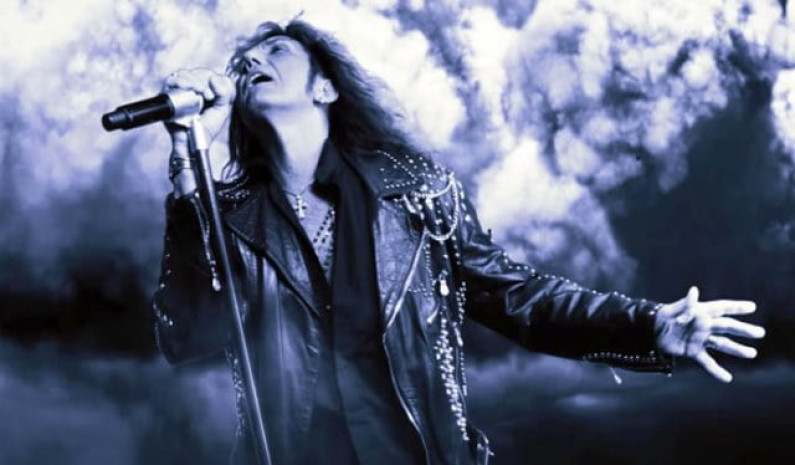 Whitesnake are a rock band, formed in England in 1978 by David Coverdale after his departure from his previous band, Deep Purple. Their early material has been compared by critics to the blues rock of Deep Purple, but they slowly began moving toward a more commercially accessible rock style. By the turn of the decade, the band’s commercial fortunes changed and they released a string of UK top 10 albums, Ready an’ Willing (1980), Come an’ Get It (1981), Saints & Sinners (1982) and Slide It In (1984), the latter of which was their first to chart in the US and is certified 2x platinum.

The band’s 1987 self-titled album was their most commercially successful worldwide, and contained two major US hits, “Here I Go Again” and “Is This Love”, reaching number one and two on the Hot 100. In 1988, Whitesnake was nominated for the Brit Award for Best British Group. Slip of the Tongue (1989), was also a success, reaching the top 10 in the US and UK, and receiving a platinum US certification. The band split up shortly after this release, but had a reunion in 1994, and released a one-off studio album, Restless Heart (1997).

They have released a number of scheduled 2011 tour dates on their website, with six scheduled UK tour dates and other European dates. In February 2011, Whitesnake was announced as one of the headliners to play the annual Rocklahoma festival in Pryor, Oklahoma, on Memorial Day weekend. A digital single for the song “Love Will Set You Free” was released, along with a video for the song, on 21 February.

The album Forevermore was released as a special edition ‘Snakepack’ through Classic Rock magazine on 25 March 2011, a full 3 weeks before its commercial release. The fan pack includes the full, official new album Forevermore, a 132-page magazine, poster and pin badge. On 20 March 2011, Whitesnake announced that Brian Ruedy would play keyboards on the Forevermore World Tour.

In July 2012, David Coverdale said that a live album and DVD from the Forevermore tour were in production, as well as expanded editions of ‘Into the Light’ and ‘Restless Heart’.

The album did not chart highly upon its official release in the UK (number 33, possibly due to the copies released as part of the aforementioned Classic Rock Snakepack, which are not eligible for the charts). It did, however, show signs of Whitesnake’s slow rebuild of support in the US with the album charting at number 49 – the band’s highest charting album since the 80s.

In November 2012, Whitesnake and Journey (along with special guests Thunder) announced an eight date UK Tour in 2013, where the two bands will appear onstage together for the first time ever.

Drummer Brian Tichy announced on 4 January 2013 that he had left Whitesnake in order to focus on his other band, S.U.N. According to Whitesnake, the band planned to continue its 2013 touring as scheduled and had already begun to look for a new drummer. On 25 January 2013, it was announced that former drummer Tommy Aldridge would be rejoining the band.

On 13 February 2013, Whitesnake announced a new live DVD/album, Made in Japan, which had been recorded at the band’s performance at the Loud Park Festival in Saitama, Japan on 15 October 2011, with release scheduled for 23 April on Frontiers Records.

On 9 May 2014, it was announced that guitarist Doug Aldrich would leave Whitesnake.The band is currently in the studio to work on an upcoming album.

In 21 August 2014, Joel Hoekstra (former Night Ranger) was announced as their new guitarist.