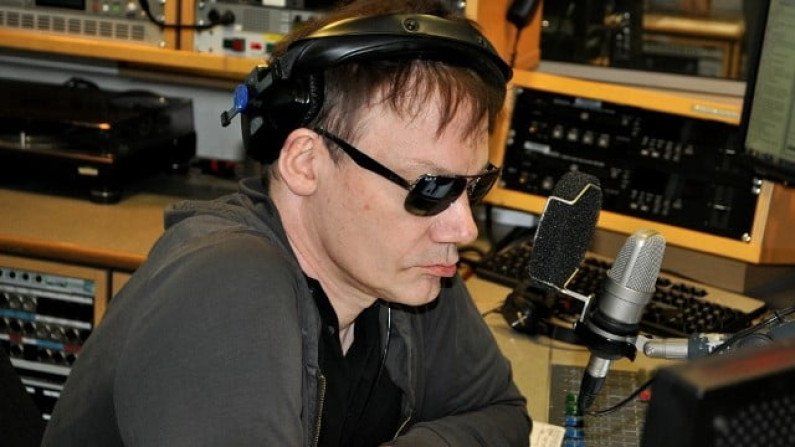 William Orbit (15 December 1956) is an English musician, composer and record producer who has sold 200 million recordings worldwide of his own work and his production and songwriting work, and is the recipient of multiple Grammys, Ivor Novello awards and other music industry awards.

Orbit (Wainwright) was raised in Shoreditch, in East London. His parents were both schoolteachers; he was the older of two sons. Despite his parents’ objections, he left school at the age of 16, and subsisted for a number of years in various low-paying jobs, while seeking an outlet for his creativity.

He married at the age of 19, and he and his wife had a daughter, then separated shortly later. Around this time, while rooming with a friend who was trying to start a recording studio, Orbit found his musical calling.

In 1980 Orbit teamed up with Laurie Mayer and Grant Gilbert to form the electronic/synth group Torch Song. They initially self-released recordings in an audio cassette series, generated from their home-built studio in a disused school in Notting Hill Gate, in London, alongside the Grand Union Canal.

Neville Brody, the graphic designer, joined the band for a period. Orbit and Mayer were also visual artists and created a series of art magazines called The Ralph Hoover Guide in which he drew surrealist cartoons. The issues were sold at various London galleries and at the Institute of Contemporary Arts in The Mall.

Richard Law, who was the A&R for IRS Records, was a follower of their music and aesthetic, and took it to industry mogul Miles Copeland, who had discovered and managed the Police and the Bangles in 1981. When Copeland signed them to the label the deal enabled them to build their ideal studio.

There they recorded two albums and four singles, the most successful being the dance chart hit “Prepare to Energize”, which was featured in the film ‘Bachelor Party’. They also composed the soundtrack to the ice hockey movie ‘Youngblood’, starring the very young Rob Lowe and Keanu Reeves, and another song “White Night” which was used in ‘Texas Chainsaw Massacre 2’.