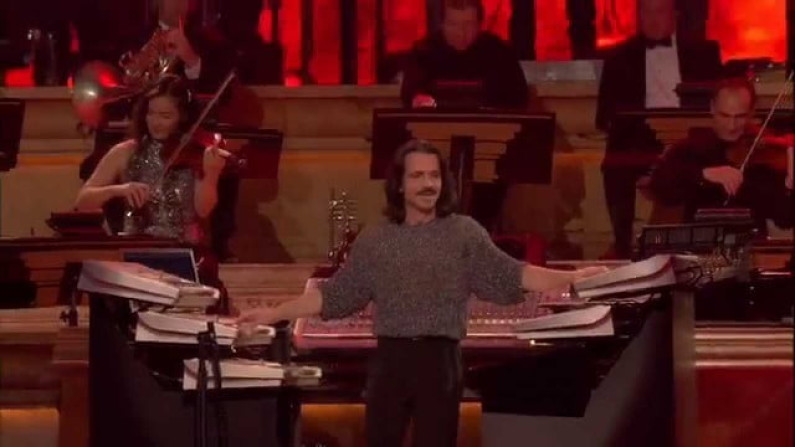 Yiannis Chryssomallis (born November 14, 1954), known professionally as Yanni, is a Greek-American composer, keyboardist, pianist, and music producer who has spent his adult life in the United States.

Yanni continues to use the musical shorthand that he developed as a child,blending jazz, classical, soft rock, and world music to create predominantly instrumental works.

Although this genre of music was not well suited for commercial pop radio and music television, Yanni received international recognition by producing concerts at historic monuments and by producing videos that were broadcast on public television.

At least fourteen of Yanni’s albums have peaked at No. 1 in Billboard’s “Top New Age Album” category and two albums (Dare to Dream and In My Time) received Grammy Award nominations.

Yanni has performed in more than 30 countries on five continents and through late 2015 Yanni had performed live in concert before more than 5 million people and had accumulated more than 40 platinum and gold albums globally, with sales totaling over 25 million copies.

A longtime fundraiser for public television, Yanni’s compositions have been used on commercial television programs, especially for sporting events. He has written film scores and the music for an award-winning British Airways television commercial.