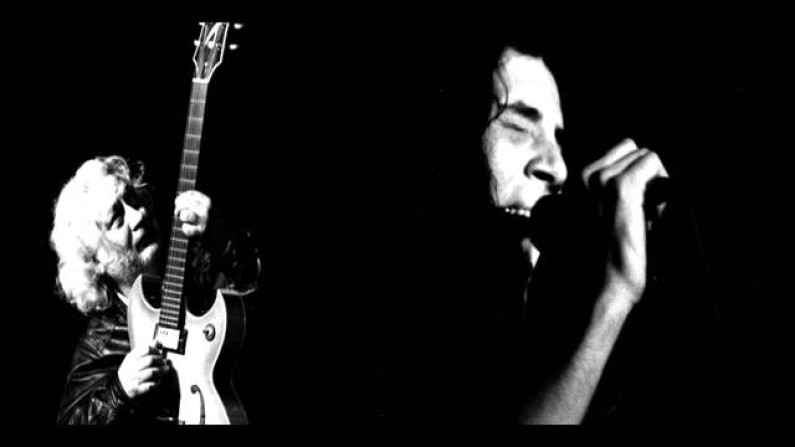 Yavuz Hilmi Çetin (25 September 1970—15 August 2001) was a Turkish musician as well as songwriter and singer in the blues and psychedelic music genres, who gained renown in his native country for the skill and sensitivity of his guitar performances and, in the wake of his suicide at the age of 30, before the release of his highly praised album, Satılık [For Sale], has achieved a near-iconic posthumous status as a talent lost on the brink of great achievement.

Musical training
Born in the Black Sea port of Samsun, Turkey’s 15th largest city and capital of Samsun Province, Yavuz Çetin spent his early school years traveling through the country’s various regions, as his father, journalist Erdal Çetin, responded to the demands inherent in the profession. In 1984, at the age of 14, the adolescent music enthusiast was already taking blues and rock guitar lessons from guitarist Hasan Cihat Örter and, the following year, started learning to master the acoustic guitar and, subsequently, the electric guitar. Before graduating from Istanbul’s Haydarpaşa High School, he and classmate Ercan Saatçi who, in later years, became a noted musician as well as sports journalist, entered HEY magazine’s music competition and their song, “I Will Cry”, became the winning entry.

In 1988, continuing his quest in Istanbul for higher education and advanced musical training, Çetin began studies at Marmara University’s Music Department while earning an income as a musical performer in clubs such as Beyaz Ev [White House] in the port town of Bodrum, where he played in 1989–90. In 1991, upon turning 21, he formed, with young musical colleagues Batu Mutlugil, Kerim Çaplı and Sunay Özgür, the musical group, Blue Blues Band. Having married in 1992, Yavuz Çetin and wife Didem filed for divorce four years later. In that year, 1996, and for the remaining four years of his life, he was also a guitarist at the numerous concerts played by the noted band Mazhar-Fuat-Özkan.

He collaborated, as well, on various albums with artists such as Teoman, Kıraç, Sibel Tüzün, Soner Arıca, Göksel, Deniz Arcak and Acil Servis. In Göksel’s hit song “Sabır”, he became the first Turkish guitar player to use a talk box. Of particular note is his solo on Deniz Arcak’s “Bırakın Beni” from the Kıpır Kıpır album which, in an illustration of his mastery of the rock and blues guitar tradition, was recorded on the first take after only a couple of rehearsals. It also became the last studio session recording in which he participated.

Two albums, İlk and Satılık
In 1997, Yavuz Çetin issued his first album İlk, produced by his longtime compatriot Ercan Saatçi, but the album was unable to capture the spirit of that moment’s public musical mood. He also earned an income from writing numerous advertising jingles, such as a well-remembered Coca-Cola spot, and his tune “Dünya” [“the World”], which was chosen as part of the soundtrack for the 1999 film, “Propaganda”, with a score composed and arranged by master guitarist Erkan Oğur.

Six weeks before his 31st birthday, after expending months of intense effort writing all of the tracks for his second album, Satılık, and having completed the album’s final recording session, Yavuz Çetin committed suicide by leaping from Istanbul’s Boğaziçi Bridge which connects Europe and Asia across the Bosphorus strait. Posthumous acclaim followed the subsequent release of the album which a number of music reviewers described as a work of genius. With the passage of years, both Satılık and the previously overlooked İlk ve Son… have gained a near-cult status as Yavuz Çetin’s music and words continue to be heard in the region keeping his legend alive for the listening public.

Erkan Oğur or Erkan Ogur in the West (born April 17, 1954) is a Turkish musician. A pioneer of fretless guitars, he invented the first fretless classical guitar in 1976. A composer, he has influenced many musicians with his compositions combining the sounds of Turkish folk music and classical music with the ancient traditional music. He has played many concerts all over the world. He is regarded as a master of the kopuz and bağlama lutes.

Biography
Erkan Oğur was born on 17 April 1954, in Ankara, Turkey. He spent his childhood in Elazığ, eastern Turkey where he became interested in violin and the Turkish bağlama lute, and started to practice them frequently. He graduated from high school in Elazığ, then moved to study physics at the Ankara University Faculty of Science from 1970 to 1973.As a result of encouragement to be a scientist by his father, he started to study chemical engineering and in 1974 continued his education in The Ludwig-Maximilians University Munich, Germany, for three years. He was introduced to guitar education in 1973. Instead of being a scientist, he chose to be a musician. Since he needed detailed sounds from a guitar in order to obtain Turkish melodies, he modified his guitar and invented the fretless classical guitar in 1976.

In 1980, he returned to Turkey, and started to study at the State Conservatory of Istanbul Technical University.After his military service, he worked as an oud lute teacher. He had live performances with Fikret Kızılok and Bülent Ortaçgil where he contributed to scene with fretless guitar. He released his first album in Germany called Arayışlar (“Searches”). In 1989, he went to the U.S. to work with numerous local blues artists, foremost of which was Robert ‘One Man’ Johnson. He introduced fretless guitar into blues. A year later, he released his first album in Turkey, Bir Ömürlük Misafir (“A Lifetime Guest”), which was ranked 4th in European lists. He still performs concerts through the world and in Turkey. He works with Kemal Eroglu on technical improvements on bağlama lute; and continues his performances with Fahir Atakoglu and Bülent Ortaçgil. In 2004, he played on Yansımalar’s album Pervane (“Moth”). He is a member of the Telvin trio, which mainly performs Turkish folk music in improvised jazz style, with İlkin Deniz and Turgut Alp Bekoglu, and has released an album called Telvin in 2006.